Ngorongoro Conservation Area: The Ngorongoro landscape is unique, renowned for its spectacular natural beauty in a landscape with vast grass-plains, volcanic highlands, dense mountain forests, archaeological and cultural values, including the evolution of man and a present-day traditional pastoralist system, impressive wildlife populations, including the great migration. Perhaps the biggest symbol for this landscape is the Ngorongoro lion. 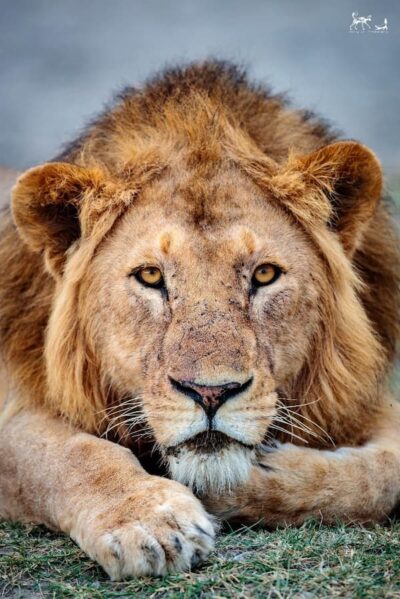 Ngorongoro Conservation Area, NCA, ( 8.300 km² ) was gazetted in 1959 as a one of the world’s first multiple-use landscapes, where traditional pastoralist populations share the land with wildlife, and it is now home to almost 100,000 people. The vast majority of these people are traditional pastoralists (Maasai (98%) and Barabaig) who rely almost exclusively on livestock for their livelihood. Together with Serengeti National Park and surrounding areas, NCA forms one of the largest savanna ecosystems in the world.

In 1979 NCA was inscribed in the UNESCO world heritage list based on its outstanding natural and cultural values. Its famous Ngorongoro Crater contains one of the densest, most studied and valuable lion populations in Africa and is a key ‘hub’ for the dispersal and connectivity of the Northern Tanzania and Southern Kenya’s Maasai land lion meta-population

While lions are one of the main reasons that tourists flock to the Crater, generating substantial revenue for the tourism industry, their attacks on livestock pose a significant financial burden on the NCA’s residents, often prompting retaliatory lion killings. As a result of these killings, lions have disappeared from much of their historical range within the NCA, which has largely isolated the Crater population from the rest of the Serengeti ecosystem and greatly reduced their genetic diversity. 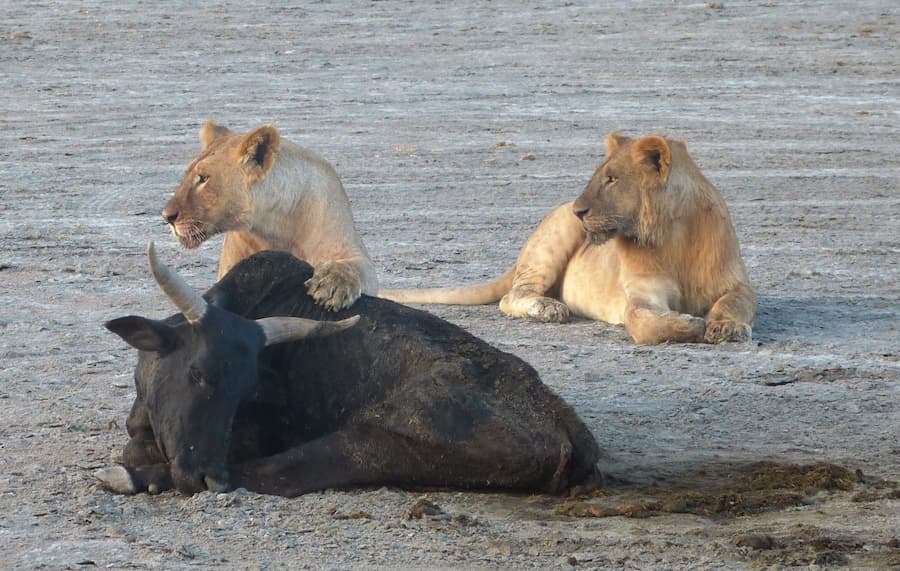 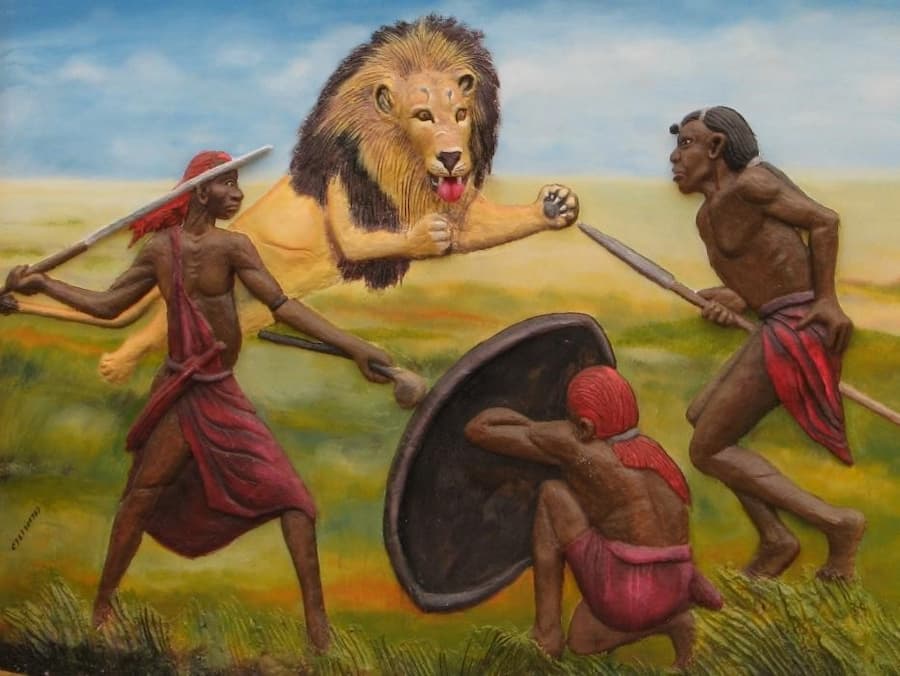 Our focus is on the main lion hubs of the Crater and Ndutu, as well as the multi-use areas of the NCA, which are shared by people and their livestock and are important connectivity areas for lions dispersing between Serengeti and the Ngorongoro Crater, Oldonyo Gol in the far northwest corner of NCA, and the Kakesio/Eyasi area in the southeast of the NCA.

The Ngorongoro Crater covers merely 3% of the NCA, yet is at the centre of location and attention for any visitor. It is a world famous spectacle. It is the home to the highest density of wildlife in Africa, including all the big five and plenty of predators. The crater is thought to have formed about 2.5 million years ago from a large active volcano whose cone collapsed inward after a major eruption, forming a massive unbroken caldera. Except for a steep hike, there is nothing stopping animals from moving in and out of the Crater. People and livestock are not permitted in the Crater.

The Ngorongoro Crater – a huge caldera teeming with wildlife

Ndutu lies at the border of Ngorongoro Conservation Area and Serengeti National Park. With its two soda-rich lakes, the upper section of the Olduvai Gorge, and the surrounding woodlands, Ndutu is an oasis in the midst of endless grass plains for visiting and resident wildlife. Lions are easily observed and still remain in high numbers, and they are the most likely source of lions to venture across the community land to reach the Ngorongoro Crater and beyond. In the dry season Ndutu becomes a magnet for surrounding pastoralists and their herds. The upper Olduvai provides the only permanent source of water, attracting an increasing number of herdsmen and livestock. In the resulting struggle for resources, conflicts between predators, livestock and warrior herdsmen becomes a daily occurrence. As the rains start again, people move out, replaced by the great wildebeest migration and the time of feast for all. 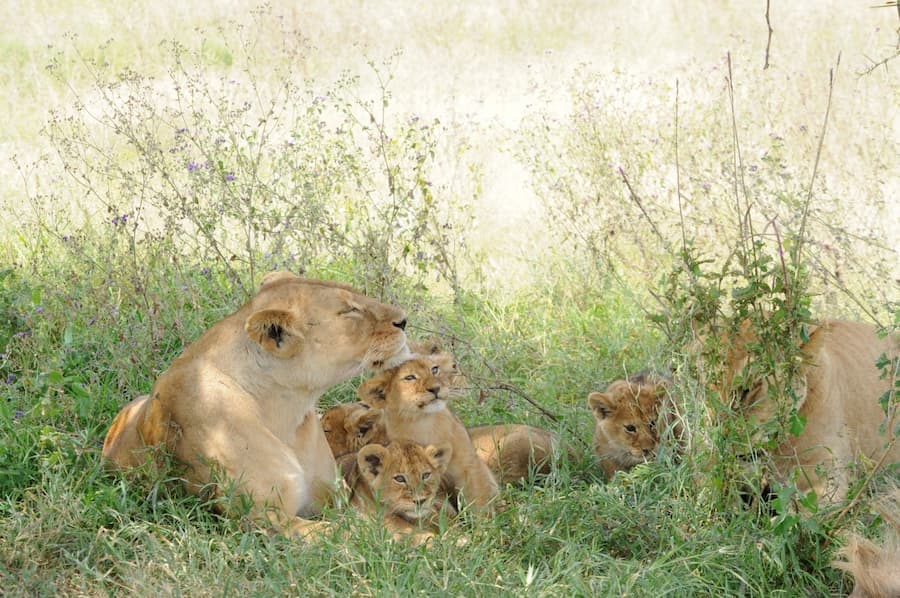 Ndutu is a hub for lion prides and their cubs.

In Ndutu lions are easily observed and still remain in high numbers. In the dry season struggle for resources – conflicts between predators, livestock and warrior herdsmen – becomes a daily occurrence. Our Ilchokutis are here to mitigate conflicts.

The central section of Ngorongoro Conservation Area, connecting the Ngorongoro Crater and Ndutu, and including the Lake Eyasi escarpment in the east, is since 2011 an important area for our activities. It is currently beyond our capacity to cover the entire Ngorongoro Conservation Area. We selected this section because 1) it is the most plausible connectivity area for lions dispersing between Serengeti and the Ngorongoro Crater, and 2) lions are still found here, albeit in low numbers, occupying areas in the rugged terrain along the escarpment or up in the Ngorongoro highlands. Much of this area is covered by spread-out settlements and active livestock grazing areas. Though thousands of people live here, it is still a semi-wild landscape with no obstructions blocking lions or other wildlife, and where lions can exist. This section includes wide woodland valleys with abundant zebra and giraffe, where lions up until recently were commonly seen. Men who were herd boys 10-20 years ago tell how they frequently bumped into lions when out herding their goats. Today few herd boys here have ever seen a lion footprint. 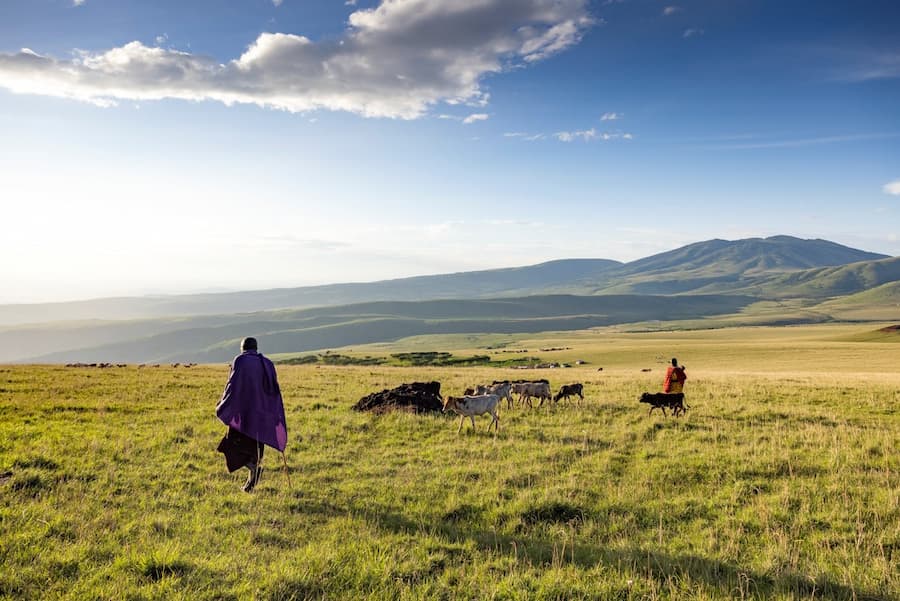 The multi-use landscape in the central section of Ngorongoro Conservation Area is an important area for our activities. This is the most plausible connectivity area for lions dispersing between Serengeti and the Ngorongoro Crater.

Oldonyo Gol is our most distant and different area of operation. It is the northwest corner of Ngorongoro Conservation Area that borders the Serengeti National Park and the Loliondo Game Controlled Area. It is a vast area including the chain of hills that breaks up the “endless” short-grass plains of Serengeti. Lions have disappeared from this area corner of Ngorongoro, but they occasionally visit during the rainy season when these plains are filled with gnus. In Oldonyo Gol traditions hold strong, and young warriors are still eager to go on ritual hunts. If a hunting team fails to find visiting lions on the Ngorongoro plains, they may strike lion-luck in the nearby Serengeti. 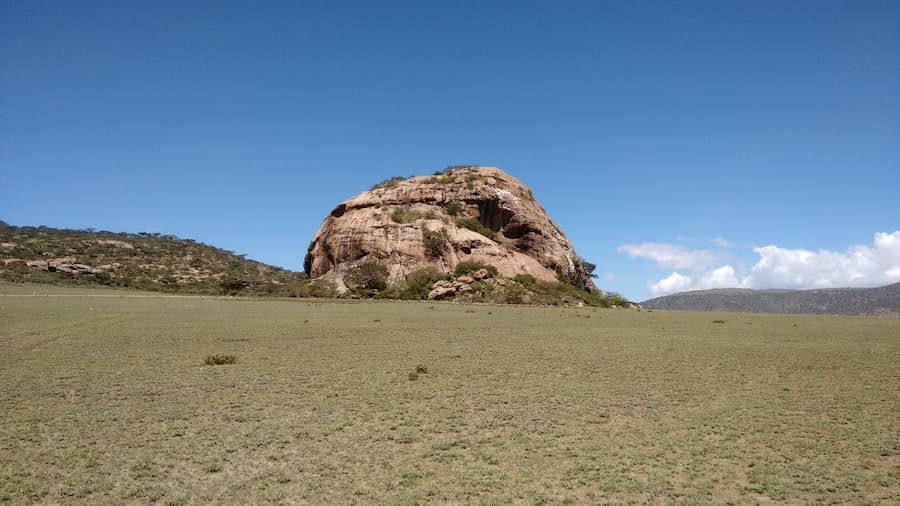 The spectacular Nasera rock, in Oldonyo Gol, an important area for lion connectivity.

Oldonyo Gol is in the far northwest corner of Ngorongoro Conservation Area that borders the Serengeti National Park. Nasera Rock here, is where Ndolok, our Coordinator, lives with his family.

Connecting the Ngorongoro Highlands out to the south and west you travel along the high ridges and valleys above Lake Eyasi. Descending further into the dry plains and woodlands of Kakesio. These are area where the Maasai and Datooga meet, and large herds of migratory ungulates pass through in the wet season, enjoying the short grasses. Lions here pass through and some settle, and we aim to find out more about their distribution 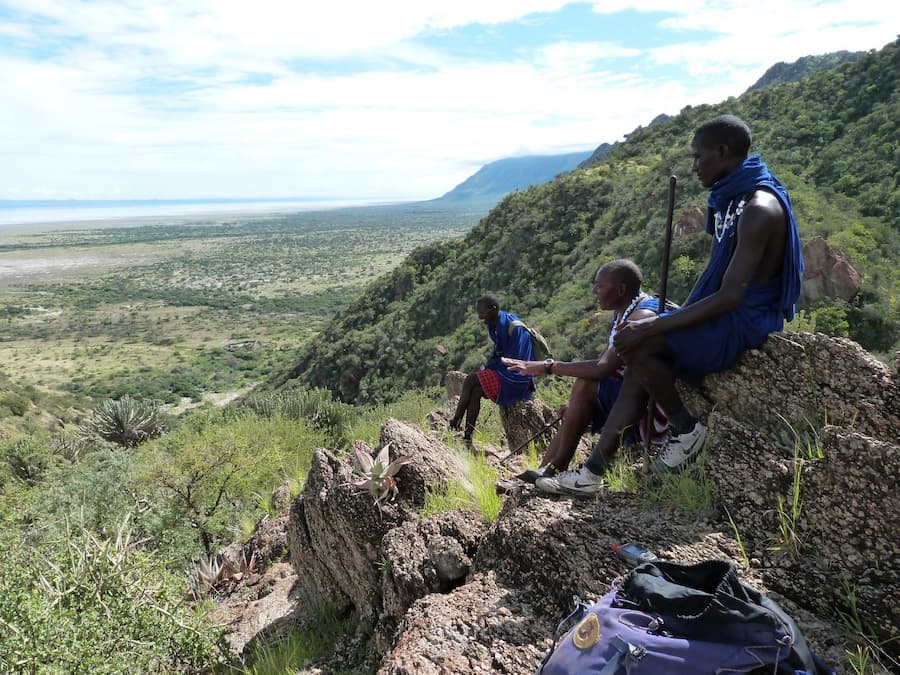 Ilchokuti survey Lake Eyasi from the escarpment, a stronghold for the Datooga pastoralists