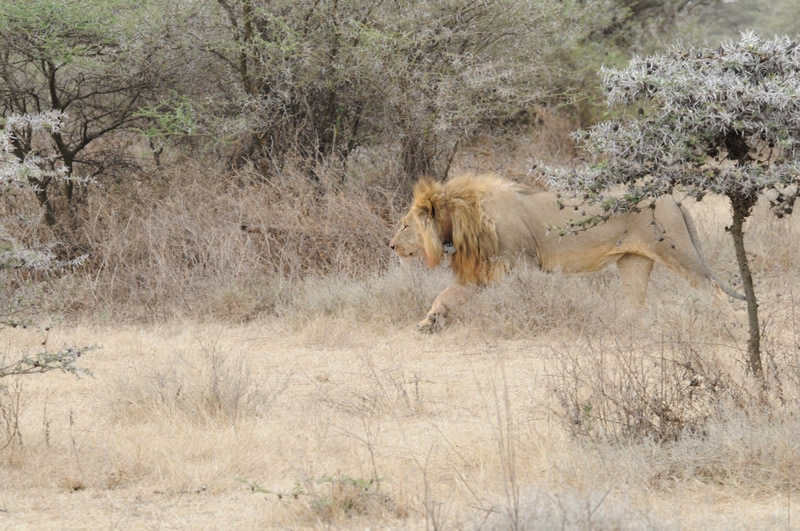 Lopirr was born in June 2017 to the Crater Lakes pride, the son of either Noongoile or her aunt. He is in the company of two other males of a similar age. We first noticed this coalition roaming in the the north and west of Makarot mountain, south of the Ndutu area.

Young and vulnerable and likely to get into trouble, he was collared in January 2021. An enormous male with a heavy body he was named Lopirr which means the same in Maa, and Buddah by a special request.

Since then observations have recorded him with three other males at times and two or three females. Occasionally wandering down as far as Ndutu and up to the highlands they were potentially considered a threat to Lemunge’s coalition.

Some months later Lopirr and his brothers have spent the last three months in the Ndutu area, ousting the former Lagunita males from Nadine’s pride and are seen on an almost daily basis together with Nadine.

Siring cubs with Nadine and her pride sisters in mid-2022, Lopirr and his brothers struggle to hang onto their territory and females. With Ndutu being such a hub for lions, aside from there being human lion conflict, there are also regular lion fights and take overs. In August 2022 we lost sight of the cubs and suspect that they were separated from their mothers during a lion battle. 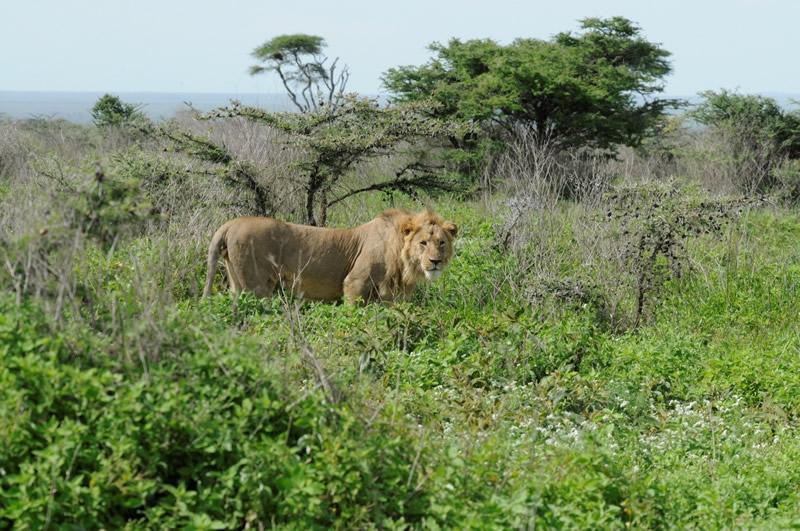 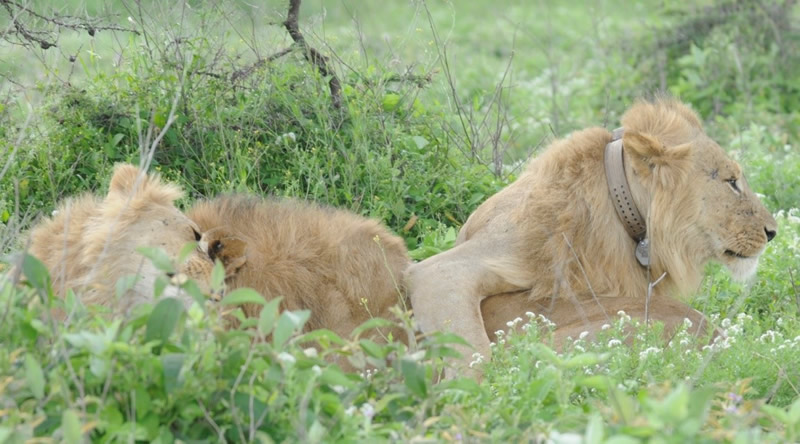 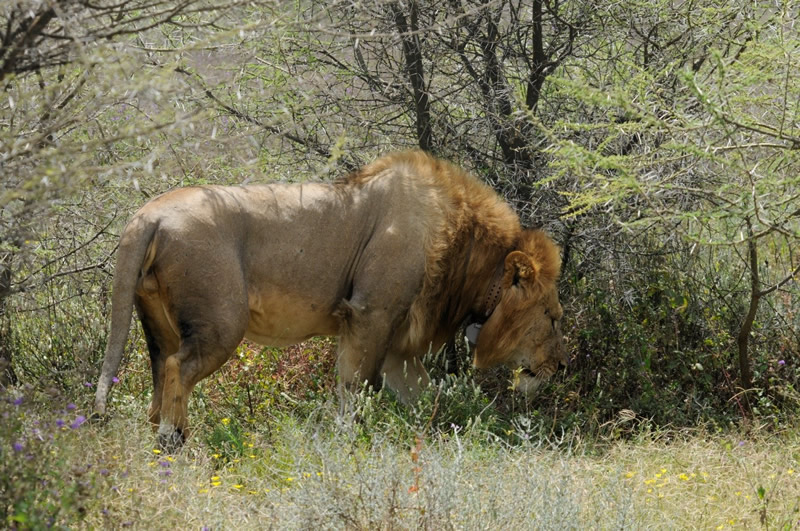 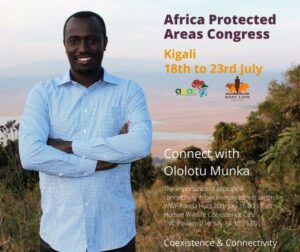