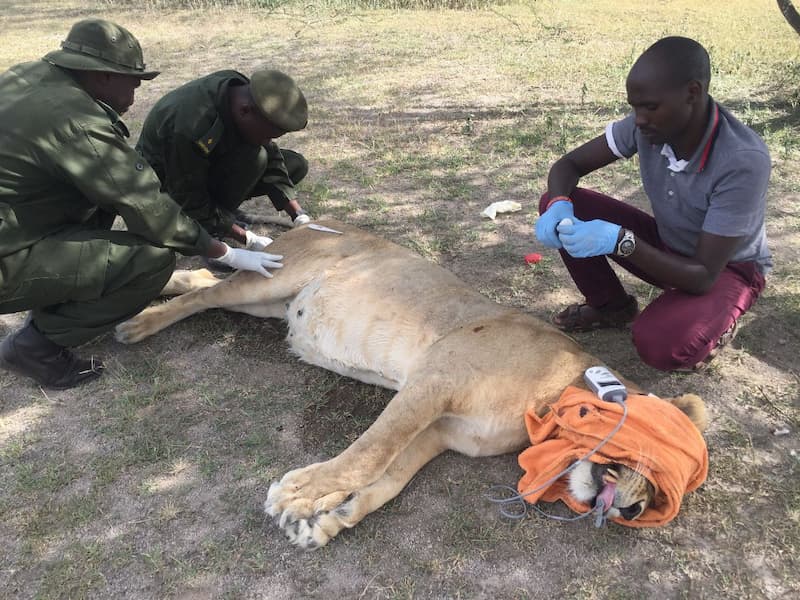 Recollaring Nadine this month to ensure that we can always inform herders of her whereabouts – protecting both livestock and lions. The Ngorongoro TAWIRI lion project have permission to collar an additional 2 lions, bringing the total to 8, which will help us mitigate more conflict and improve coexistence between humans and lions.

Recollaring Nadine this month to ensure that we can always inform herders of her whereabouts - protecting both livestock and lions. The Ngorongoro TAWIRI lion project have permission to collar an additional 2 lions, bringing the total to 8, which will help us mitigate more conflict and improve coexistence between humans and lions.

Tanzania’s Ngorongoro Conservation Area (NCA) is a critical site for lion which are classified as ‘Vulnerable’ on the IUCN red list. Where much of the NCA is multiuse area, where traditional pastoralist and their livestock share the land with abundant wildlife KopeLion consider it of key importance to improve human lion coexistence strategies in support of Tanzania’s recent National Human Wildlife Conflict Strategy.

KopeLion’s recent success in increasing tolerance to lions in community occupied areas of the NCA provides an opportunity and a need for additional work, together with local communities, to ensure that while connecting lion populations through community land, their negative aspects are decreased and their presence is safe and sustainable.

By using different approaches supported by the IUCN Save our Species and co-funded by the European Union, and the PAW Foundation/Lion Recovery Fund, we aim to prevent any increase in human-lion conflict despite lions recovering former range and connectivity.

As the great majority of lions’ attacks on livestock in NCA is at pasture, and commonly on herded livestock in the late afternoon, one of the first activities we are embarking on is to test Dr Neil Jordan’s team’s idea of painting eyes on cow butts to deter predators. It’s a low cost, easy win for pastoralists if it works, and it did in Botswana! In Dr. Jordan’s four-year study, no cows that had the eye spots painted on their butts were killed by lions. Despite some laughter and ridicule, people are eager to try this in Ngorongoro and with Lion Landscapes also hoping to test this out in southern Tanzania, we’re all curious to see if it works.

Safety for pastoralist communities living with lions, while herding and in the homestead is another key focus of this grant, so communicating this to people across Ngorongoro will be a large part of what we’re doing in the next few months. With a couple of films in the pipeline, specifically focused on culture and safety, we will soon be ready to host entertainment and information-sharing using films made on site with the local communities, stimulating challenging exchanges and brainstorming on how to make peoples’ future with lions better.

An emphasis will be put on the importance of the role of a herder in mitigating conflicts: a competition with prizes is to be held to determine what constitutes the best herding techniques, and a spotlight will be shone on herders as the stars of human-wildlife coexistence, and the importance of investing in them.

While it is less common for lions to attack bomas, this is a big threat from other predators like leopards, spotted and striped hyenas. Lowering the risk from all types of depredations on livestock, people’s main livelihood, here is vital. Taking the terrain, available materials, the protected area regulations and most prevalent predators into account, we will explore different ways to support building stronger livestock enclosures, cost sharing with communities and working together to ensure that people’s livestock are not ravaged in a single night, and children can sleep. 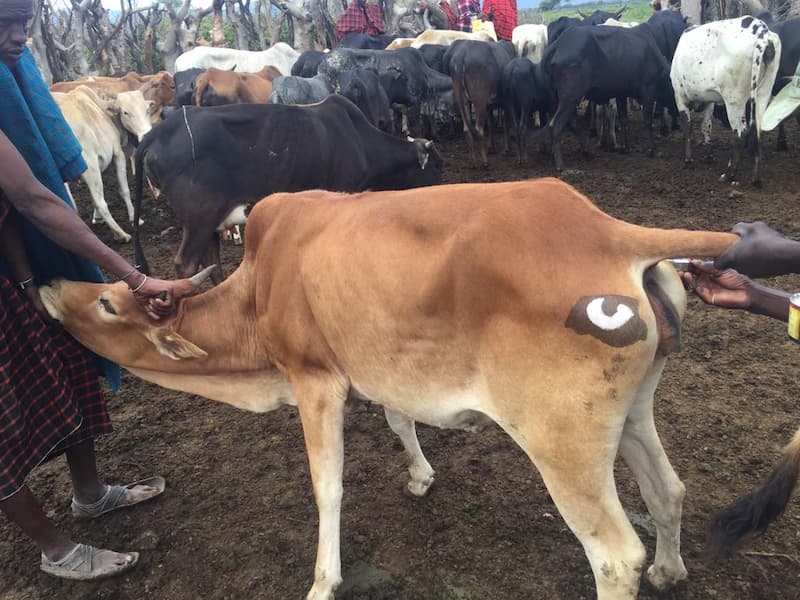 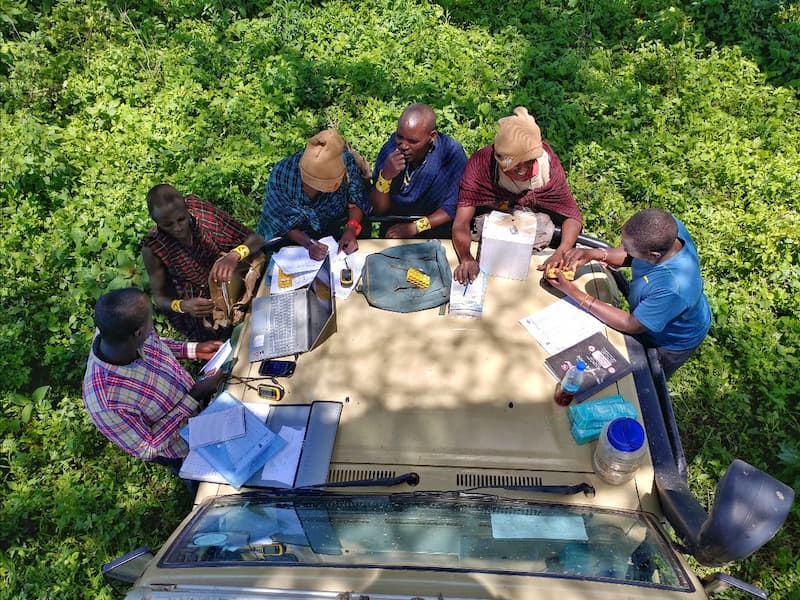 Filming the ‘end of the month round’ catching up with the Ilchokuti. Photo credit Jamal Fadhili.

It takes a team!Early warning of lion presence using GPS collars is such an important tool for supporting pastoralist communities in Ngorongoro to live with lions. The Ngorongoro lion research team together with Dr Wambura from NCAA and KopeLion Ilchokuti yesterday succeeded in collaring Lemiko (8yr old male) and LK124 (7 yr old female), both of whom originate from the crater but who have settled, with their pride, in the Esere plains.Emmanuel Lufilisha (Research Assistant) has been watching them for some months and his patience finally paid off. KopeLion partner with the research project to support human wildlife coexistence in Ngorongoro.@iucnsos IUCN Save Our Species @eu_partnerships EU International Partnerships @lionrecovery Lion Recovery Fund NABU International @pawfdn @lincolnparkzoo Lincoln Park Zoo @pman1056 Puneet Mansharamani @dm_wambura @emmaboycharle Roimen Lelya @lelyaroimen @ngorongoro_crater Ngorongoro #ngorongorolions #livingwithlions #ngorongoroconservationarea #lionconservation #humanlioncoexistence #ngorongoro #ngorongorocrater #communityconservation #corridotoftolerance ... See MoreSee Less